Sri Lanka, known as “the teardrop of India”, is a small but very beautiful island with a rich and ancient history and culture. It is full of the most amazing places to visit and in recognition of the wondrous beauty of these sites, eight of the best have been declared UNESCO World Heritage sites.

Kandy is a mountain city in Sri Lanka. It is also the site of Sri Dalada Maligawa, also called the Temple of the Tooth, as a special container holds a tooth of the Buddha. Over the years, the relic came to be very important politically; the belief was that the holder of the sacred tooth was the one who would have power over the Buddhist population. It was built within the royal palace complex which houses the tooth relic of the Buddha, a tooth, which is venerated by Buddhists. Kandy became the capital city of the last remaining independent kingdom in Sri Lanka after the coastal regions had been conquered by the Portuguese. Invasions by the Portuguese and the Dutch (16th, 17th and 18th century) and also by the British (most notably in 1803) were repelled. The relic has played an important role in the local politics since ancient times, it’s believed that whoever holds the relic holds the governance of the country, which caused the ancient kings to protect it with great effort. Kandy was the capital of the Sinhalese Kings from 1592 to 1815, fortified by the terrain of the mountains and the difficult approach. In addition, Kandy is a city set in forested hills and surrounded by tea plantations. As one of the most beautiful cities of Sri Lanka, it is famous for its scenic beauty and rich cultural value. The Sacred City of Kandy was appointed the status of World Heritage Site in 1988, mainly due to the Temple of the Tooth. 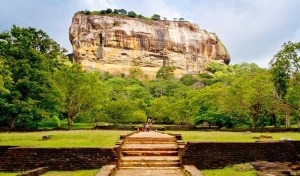 Located in Sri Lanka’s Cultural Triangle, Sigiriya, considered by some as the eighth wonder of the world, consists of an ancient castle used by King Kashyapa of the 5th century AD. Sigiriya also known as Lion Rock, the archaeological rock fortress or lion -mountain and palace of the Sigiriya situated in the central province in Matale District of Sri Lanka. Sigiriya was designated a World Heritage site in 1988.The Sigiriya site has the remains of an upper Sky Palace sited on the flat top of the rock, a mid-level terrace that includes the Lion Gate and the Mirror Wall and the Sigiriya Frescoes, the lower palace that clings to the slopes below the rock, and the moats, walls and gardens that extend for some hundreds of meters out from the base of the rock. The Sigiriya rock is a hardened magma plug from an extinct and long-eroded volcano. The site is both a palace and fortress. Sufficient remains to provide the visitor with a stunning insight into the ingenuity and creativity of its builders. The upper palace on the top of the rock includes cisterns cut into the rock that still retain water. The moats and walls that surround the lower palace are still exquisitely beautiful. 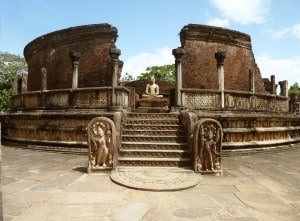 Anuradhapura, is the first ancient capital of Sri Lanka which lasted for the longest period as the capital in the country. It is the largest and oldest city of all ancient cities in Sri Lanka. It is important to locals for religion, history and the culture and world-famous for its well preserved ruins of the Great Sri Lankan Civilization. The Civilization which was built upon this city was one of the greatest civilizations of Asia and in the world. The city now a UNESCO heritage site, lies 205 km (127 mi) north of the current capital Colombo in the North Central Province of Sri Lanka, on the banks of the historic Malwathu Oya. Founded in the 4th century BC it was the capital of the Anuradhapura Kingdom till the beginning of the 11th century AC. During this period it remained one of the most stable and durable centers of political power and urban life in South Asia. It was also a wealthy city which created a unique culture and a great civilization. Today this ancient city of Sri Lanka, which is sacred to the Buddhist world, which its surrounding monasteries covers an area of over sixteen square miles ( 40 km²) and is one of the world’s major archaeological sites. 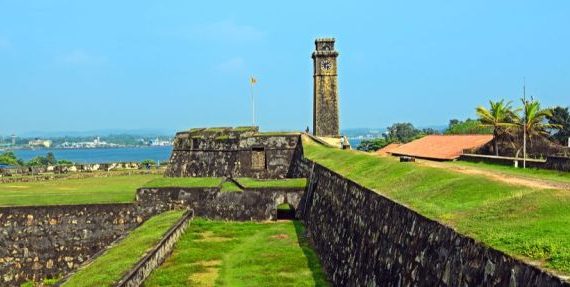 Galle is a town situated on the south western tip of Sri Lanka, 119 km (74 mi) from Colombo. Galle was known as Gimhathiththa before the arrival of the Portuguese in the 16th century, when it was the main port on the island. Galle reached the height of its development in the 18th century, before the arrival of the British, who developed the harbor at Colombo. Galle is the main city and port on the south coast. Built by Europeans, the Old Town of Galle and its Fortifications show the interaction of European architecture and South Asian traditions. There are two main gates to the Fort, containing the Dutch Coat of Arms on one side and the British on the other. Houses with art decoration from the Dutch and British period can be seen on the street, many of which have become boutique shops and guest houses. Dutch Reformed Church, National Maritime Museum, Old Dutch Hospital and the New Orient Hotel are the major landmarks within the fort. Nevertheless, until the construction of breakwaters at the Colombo port was completed in 1875, Galle remained the island’s major port. On 26 December 2004 the city was devastated by the massive Boxing Day Tsunami caused by the 2004 Indian Ocean earthquake that occurred a thousand miles away, off the coast of Indonesia. Thousands were killed in the city alone. 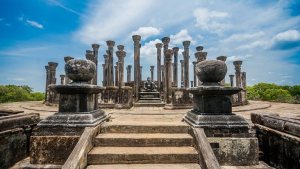 The second most ancient of Sri Lanka’s kingdoms, Polonnaruwa was first declared the capital city by King Vijayabahu I, who defeated the Chola invaders in 1070 CE to reunite the country once more under a local leader. While Vijayabahu’s victory and shifting of Kingdoms to the more strategic Polonnaruwa is considered significant, the real Polonnaruwa Hero of the history books is actually his grandson, Parakramabahu I. The city Polonnaruwa was also called as Jananathamangalam during the short Chola reign. However, with the exception of his immediate successor, Nissankamalla I, all other monarchs of Polonnaruwa were slightly weak-willed and rather prone to picking fights within their own court. They also went on to form more intimate matrimonial alliances with stronger South Indian Kingdoms, until these matrimonial links superseded the local royal lineage and gave rise to the Kalinga invasion by King Magha in 1214 and the eventual passing of power into the hands of a Pandyan King following the Arya Chakrawarthi invasion of Sri Lanka in 1284. The capital was then shifted to Dambadeniya. Today the ancient city of Polonnaruwa remains one of the best planned archaeological relic sites in the country, standing testimony to the discipline and greatness of the kingdom’s first rulers. Polonnaruwa was designated a World Heritage site in 1988.The ancient city of Polonnaruwa has been declared a World Heritage site by UNESCO.

Dambulla Cave temple also known as the Golden Temple of Dambulla is a world heritage site in Sri Lanka, situated in the central part of the country. This site is situated 148 km east of Colombo and 72 km north of Kandy. It is the largest and best-preserved cave temple complex in Sri Lanka. The rock towers 160 m over the surrounding plains. There are more than 80 documented caves in the surrounding. Major attractions are spread over 5 caves, which contain statues and paintings. This paintings and statues are related to Lord Buddha and his life. There are total of 153 Buddha statues, 3 statues of Sri Lankan kings and 4 statues of gods and goddesses. The later 4 include two statues of Hindu gods, god Vishnu and god Ganesh. The murals, covers an area of 2,100 square meters. Depictions in the walls of the caves include Buddha’s temptation by Mara (demon) and Buddha’s first sermon. Dambulla was designated a World Heritage site in 1991. 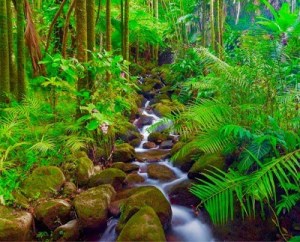 Sinharaja forest reserve is one of the least disturbed and biologically unique lowland rain forests in Sri Lanka. It is also national park in Sri Lanka. It is of international significance and has been designated a Biosphere Reserve and World Heritage Site by UNESCO in 1989. This is a very good place to see many endemic birds. Sinharaja is situated close to Ratnapura and is between the villages of Rakwana, Deniyaya and Matugama. It covers about 11,187 hectares from east to west. Out of a total of 830 indigenous flowering plants in the Island Sinharaja has nearly 500 plants and out of 21 native bird species in the country 17 species have made Sinharaja their home. It was declared a Man and Biosphere Reserve (MAB) in 1978, as representative of tropical humid evergreen forest Eco system in Sri Lanka and has been recognized by UNESCO as part of its International Network of Biosphere reserves. 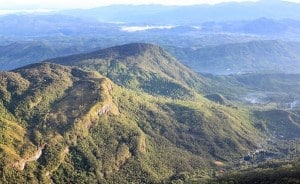 Sri Lanka’s highlands are situated in the south-central part of the island. This site comprises the Peak Wilderness Protected area, the Horton Plains National Park and the Knuckles Conservation Forest Central Highlands was added to the list in 2010 and qualified because of its biodiversity. At over 2,000 meters (6,562 feet) above sea level, this natural UNESCO World Heritage Site joined the others in 2010. There are plenty of hiking trails in the Central Highlands, and it’s a biodiversity haven for naturalists. These montane forests, where the land rises to 2,500 meters above sea-level, are home to an extraordinary range of flora and fauna, including several endangered species such as the western-purple-faced langur, the Horton Plains slender Loris and the Sri Lankan leopard. The region is considered a super biodiversity hotpots.

Sri Lanka Monsoons and Festivals Through The Year

Sri Lanka Monsoons and Festivals Through The Year